Category: What You Need to Know

Does your company have an emergency succession plan?

For business owners, succession planning is ideally a long-term project. You want to begin laying out a smooth ownership transition, and perhaps grooming a successor, years in advance. And you shouldn’t officially hand over the reins until many minute details have been checked and rechecked.  We offer assistance in developing both traditional business succession plans and emergency ones. Read on to learn more… 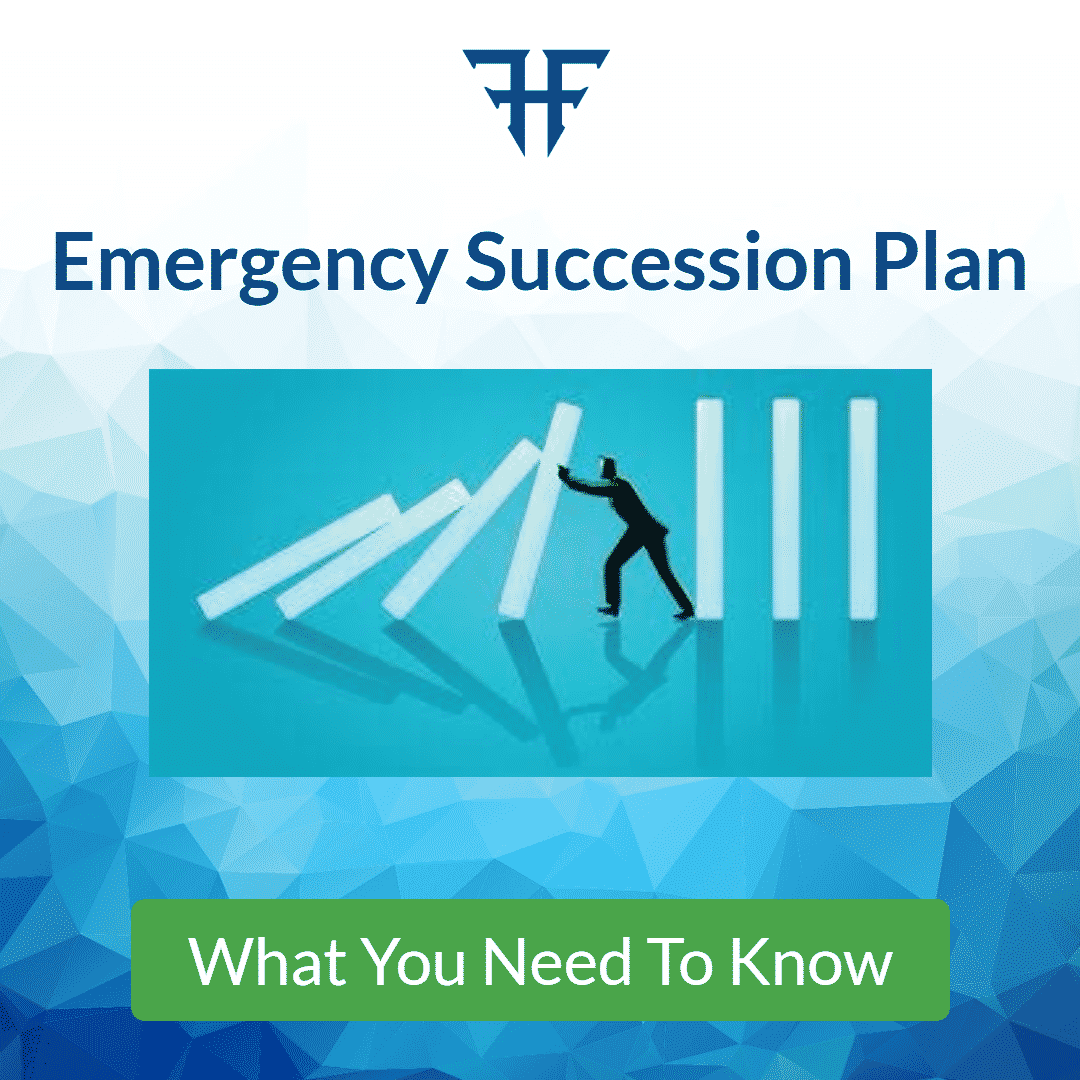 But it doesn’t always work out this way. As the coronavirus (COVID-19) pandemic has made clear, a business owner may suddenly vanish from the picture — leaving the company adrift in a time of crisis. In such an instance, a traditional succession plan may be too cumbersome or indistinct to execute. That’s why every company should create an emergency succession plan.

When preparing for potential disasters in the past, you’ve probably been urged to devise contingency plans to stay operational. In the case of an emergency succession plan, you need to identify contingency people.

Larger organizations may have an advantage here as a CFO or COO may be able to temporarily or even permanently replace a CEO with relative ease. For small to midsize companies, the challenge can be greater — particularly if the owner is heavily involved in retaining key customers or bringing in new business.

Nevertheless, an emergency succession plan needs to name someone who can take on a credible leadership role if you become seriously ill or otherwise incapacitated. He or she should be a trusted individual who you expect to retain long-term and who has the skills and personality to stabilize the company during a difficult time.

After you identify this person, consider the “domino effect.” That is, who will take on your emergency successor’s role when he or she is busy running the company?

A traditional succession plan is usually kept close to the vest until it’s fully formulated and nearing execution. An emergency succession plan, however, needs to be transparent and well-communicated from the beginning.

After choosing an “emergency successor,” meet with the person to discuss the role in depth. Listen to any concerns raised and take steps to alleviate them. For instance, you may need to train your emergency successor in various duties or allow him or her to participate in executive-level decisions to get a feel for running the business.

Beyond that, your company as a whole should know about the emergency succession plan and how it will affect everyone’s day-to-day duties if executed. Now may be an optimal time to do this because COVID-19 has put everyone in a “disaster recovery” frame of mind. It’s also a good idea to develop a communications strategy for letting customers and suppliers know that you have an emergency succession plan in place.

Along with all the hardships wrought by the pandemic, some powerful lessons are emerging. One of them is the importance of preparedness at every level.

Chuck and the team at FHF are OUTSTANDING! I have an Single Owner S-Corp for the IT Consulting services I provide and my wife and I could not have tackled this last year without the help of Flagel Huber Flagel! You are missing out if not using the FHF team for your small business!
Dale Ward
Google Reviews
Read More Google Reviews

Let’s talk. We can discuss your goals and challenges then create a plan to help you.