For 30 years, Flagel Huber Flagel has provided not only business accounting expertise but also strategic advice.

Victor “Vic” J. Cassano, Sr. started Cassano’s Pizza King with his mother-in-law in 1953. They set out to provide their community with “New York style pizza” in a family environment by opening and operating restaurants across the area. This family-held company has been a staple in the Dayton community for over 65 years, but at times, its future was not certain.

After successfully growing for nearly 30 years, Cassano Sr. sold the family company to Greyhound in 1980. Greyhound had a food service company at the time and wanted to buy a regional pizza company and take it national to compete with Pizza Hut and Dominos. Coincidentally, Chuck Craft, now partner at Flagel Huber Flagel, was working at a national accounting firm and was assigned to the audit team for the Greyhound purchase. No one knew at the time that their story together was just beginning. Vic’s son, Vic Cassano Jr., went with the new enterprise to help make Greyhound’s vision a reality.

Unfortunately, Greyhound’s plan didn’t work and the company abandoned its expansion plans. Greyhound had not been investing in the existing fleet and made some menu changes that hurt the Cassano’s brand in the process. In 1989, Cassano Jr. bought the company back and began the monumental task of returning Cassano’s to its original identity.

How We Entered the Picture

Cassano’s has been a staple in the Dayton community for nearly 65 years. After selling the company to Greyhound, the Cassano family bought it back and hired Flagel Huber Flagel. Cassano’s filed Chapter 11 bankruptcy to restructure the debt burden from the repurchase.

Chuck Craft, partner at Flagel Huber Flagel, worked closely with Vic Cassano Jr. to determine how to reinvest in the business to restore growth. In addition to audit and tax work, Craft also mentored the next generation of Cassano’s and created the succession plan to pass the company to them.

Bringing In a Trusted Advisor

Throughout the next decade, Cassano rebuilt the business. This process included declaring Chapter 11 bankruptcy in 1995 due to the crushing debt caused by the repurchase from Greyhound. In 1997, after restructuring the debt, Cassano’s emerged from bankruptcy.

In addition to the corporate tax returns, financial statements, and individual tax returns for Cassano Jr., Craft helped Cassano’s in other ways such as quarterly and sometimes monthly touches with local banks to keep them informed on where things stood financially. Craft also helped the team determine how to effectively reinvest in the business. Craft explains, “I had frequent conversations with Vic about how best to use the profits to grow the business: which stores, which equipment” including how much, if any, compensation ownership should take.

“It started small with projects that would improve operations,” says Tim Sayer, Cassano’s CFO. First, the team replaced their ovens with conveyer ovens that would keep up with demand at peak times. This strategic approach to reinvestment proved successful. “That project started the whole regrowth,” continues Sayer.

“After that came investment in the call center,” explains third-generation business owner Vic “Chip” Cassano III who owns Cassano’s today along with his brother Chris Cassano and sister Lora Cassano Hammons. “Next came the dough factory. 85% of our manufacturing capacity is sold to other people.”

In every step of the innovation of their business model and strategic reinvestment, “Chuck is an advisor and sounding board for myself and the owners of the company,” says Sayer. “Chuck advises whether there is sufficient cash flow, does all of the tax planning to make sure we get maximum tax benefits, and explains any watchouts,” says Cassano III. “He knows everything about our business and how it all ties together.”

The family believes that Chuck Craft and Flagel Huber Flagel have had a positive long-term impact on the prosperity of the Cassano family, including mentoring the brothers over the years. “Chuck has been a great mentor to me and Chris both,” says Cassano III. “Dad involved us in everything. Chuck would explain everything to us – go through it all to make sure we knew what were looking at… that we weren’t just sitting in meetings – not understanding.”

“Chuck was instrumental in the succession planning from Vic Jr. to Chip and Chris. He put it all in place before Vic Jr. passed,” says Sayer. “Flagel Huber Flagel does individual tax planning for Chip, Chris, Lora and their mother, as well as for me,” says Sayer. “There is a synergy – they know the business, what happens there, and can make informed recommendations.”

Today, the team has returned the business to profitability. As with many companies who have been in business for this long, they now face the ongoing task of managing the aging infrastructure. “I’m proud to be a third-generation business owner and continue the family legacy – but that also means I have a lot of properties that are 45 years old,” says Cassano III. “It’s a big challenge, but we’ll work together and figure it out. We always do.” 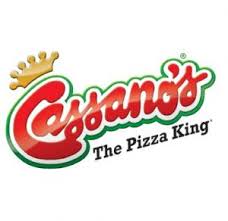 Let’s talk. We can discuss your goals and challenges then create a plan to help you.